Rabbi Riskin is the founding rabbi of Lincoln Square Synagogue in New York, internationally renowned for its outreach, educational and social action programs. Rabbi Riskin early on became a major spokesperson for Modern Orthodoxy through early activism on behalf of Soviet Jewry, and by pioneering the first women's Advanced Talmud Study Program (Kollelet) as well as the first Synagogue service conducted for women by women, in 1971.

While still in America, Rabbi Riskin established the Ohr Torah High Schools for young men and women. These institutions have over the years grown and developed into Ohr Torah Stone Colleges and Graduate Programs in Israel, of which Rabbi Riskin serves as Chancellor. The vast educational network ranges from junior high and high schools to colleges, post-university programs, a groundbreaking Women's Law School for the Rabbinical Courts, and a major Rabbinical Seminary which provides rabbis and educators for Israel and the world. Ohr Torah Stone educates some 3,000 students each year from Israel, the United States, England, Canada, Australia and South Africa.

In 1983, at the peak of his professional career in America, Rabbi Riskin left New York with his family to become the rabbi of the City of Efrat, a burgeoning settlement in Gush Etzion just seven miles south of Jerusalem, which he - together with Moshe Moshkowitz - had been working to establish since 1976. Today Efrat, which numbers close to 10,000 residents, and 31 synagogues which he oversees as Chief Rabbi, is considered to be the diamond in the protective ring around Jerusalem. At the same time, Rabbi Riskin fights with equal determination for Palestinian rights and dignity.

A teacher par excellence, Rabbi Riskin has been hailed for his ability to craft his words so that they reach every listener in a highly personal way. He is also an innovative interpreter of Judaism, having authored the following books:

• Yad L’isha - A groundbreaking book examining the plight of the aguna with proof that Jewish Law allows a woman to intitiate divorce proceedings.

• The Passover Haggadah with a traditional and contemporary commentary.

• Torah Lights – Exodus Defines the Birth of a Nation His regular columns and articles appear weekly in the Jerusalem Post as well as in dozens of newspapers and magazines throughout the world.

Rabbi Riskin has lectured throughout Europe, Australia, North and South America, and South Africa. His creative ideology of an authentic halakhic Judaism which is inclusive of every Jew, and his exquisite sensitivity to universal human concerns have combined to make him a much sought after speaker in communities and universities world-wide.

Rabbi Riskin’s illustrious career as rabbi and educator, city and institution builder, Rosh Yeshiva and public speaker, author and activist has been chronicled in major newspapers, magazines, and on TV and radio. A Time magazine feature article described him as "a teacher who cares..., a charismatic speaker and a widely respected Talmudic scholar: Rabbi Riskin sees as his major mission the preparation of a new generation of religious leaders, rooted in Judaism and secular learning, for Israel and the entire world.”

Rabbi Riskin has been married to Victoria since 1963; they have four married children and thirteen grand-children, all of whom live in Efrat. 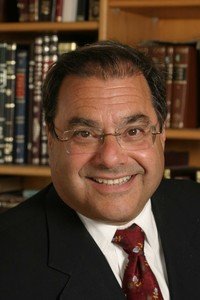 Back to profiles page

You can find out more about which cookies we are using or switch them off in settings.

This website uses cookies so that we can provide you with the best user experience possible. Cookie information is stored in your browser and performs functions such as recognising you when you return to our website and helping our team to understand which sections of the website you find most interesting and useful.

Strictly Necessary Cookie should be enabled at all times so that we can save your preferences for cookie settings.

If you disable this cookie, we will not be able to save your preferences. This means that every time you visit this website you will need to enable or disable cookies again.